Learn more about the land 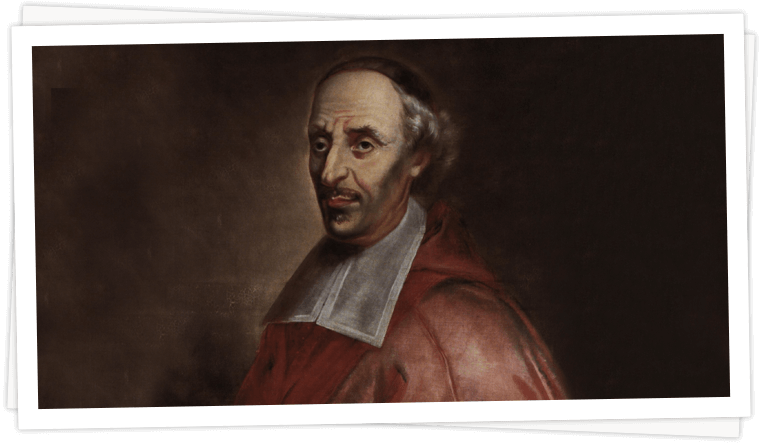 A 100 sq. mile, 65,000 acre wilderness domain is granted by the King of France, King Louis XIV, to the Catholic Church which headed by Francois de Laval, the first Archbishop of New France. 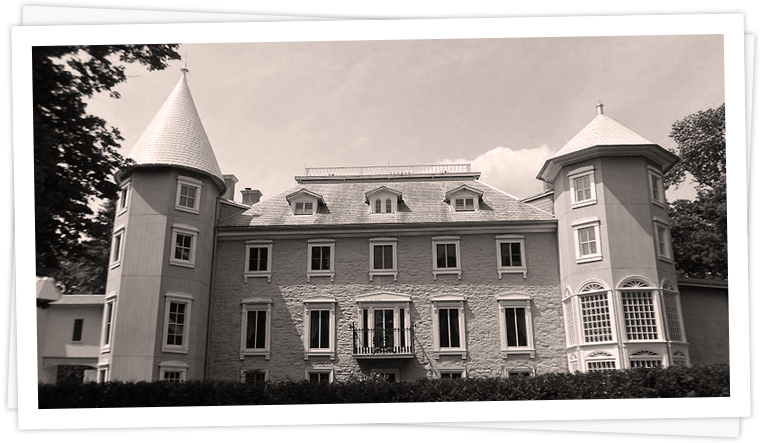 In 1801, the land was transferred from the Catholic Church to Joseph Papineau, a prominent Québec notary and politician. In 1817, he transferred the land to his eldest son, Louis-Joseph Papineau, a politician of historical significance in Québec history, notably as leader of Les Patriotes in the 1837 rebellions against British rule. The Manor of Montebello (pictured) was built by him and is now a National Historic Site of Canada. 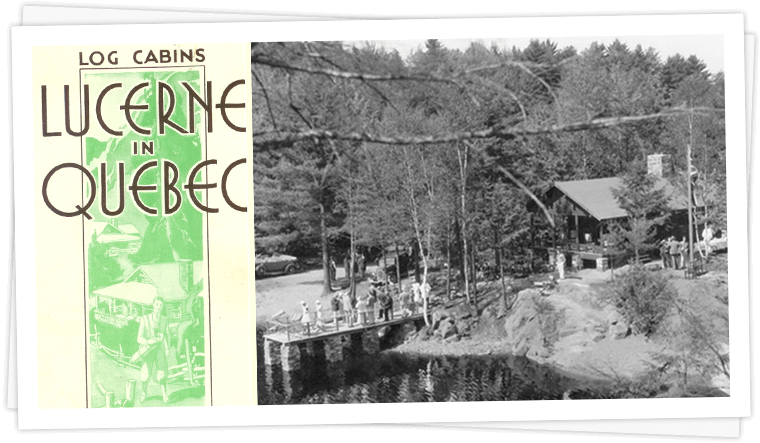 In 1929, Harold Saddlemire, a Swiss-American businessman from Maine, USA, acquired the land with the aim of preserving it as a private wilderness retreat, inspired by a château in the Swiss Alps. The retreat was thus named “Lucerne in Québec”. Access to the retreat was granted to members of the Seigniory Club, an exclusive members-only club founded by Mr Saddlemire. The club grew to 1350 members despite strict selection and high membership fees. The club included, among other notable politicians, Canadian Prime Minister Lester B. Pearson (1963-1968), as well as foreign dignitaries such as Prince Rainier and Princess Grace of Monaco. From the world of business, Presidents of the Canadian Pacific Railway, the National Bank of Canada, the Bank of Montreal and the Royal Bank of Canada were all Seigniory Club Directors. The word seigniory is derived from the old French term referring to the land-granting system in New France, “seigneurie”. 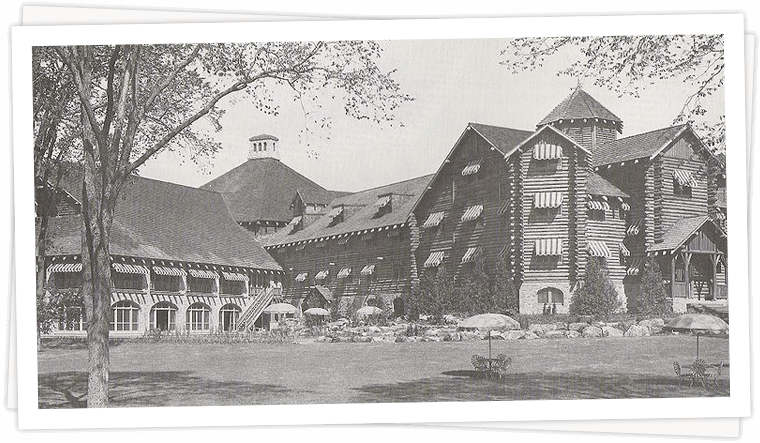 In February of 1930 the site where Fairmont Le Château Montebello now stands was a clearing in the woods. Just four months later the massive cedar Château was complete, a building feat which captured world-wide attention, inspiring newspaper features across North America and attracting crowds of onlookers. The Finnish master-builder, Victor Nymark, supervised the skilled construction, woodworking and craftsmen teams, working in overlapping shifts around the clock and using electric lighting at night. Over 10,000 red-cedar logs, all cut and set by hand, were used to build the resort’s three main buildings. 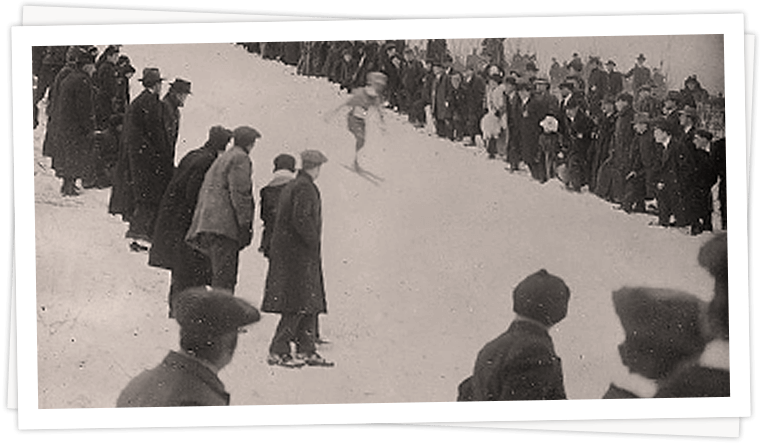 In 1932, the legendary cross-country skier, Herman “Jackrabbit” Smith-Johannsen was helping to prepare Canada’s Olympic team to compete in the 1932 Olympics at Lake Placid. He laid out a 50 km cross-country ski course for the Seigniory Club on property now known as Kenauk Nature. He also designed and built a ski jump on the 250-foot Seigniory Club Hill that was just a bit higher than the one at Lake Placid. 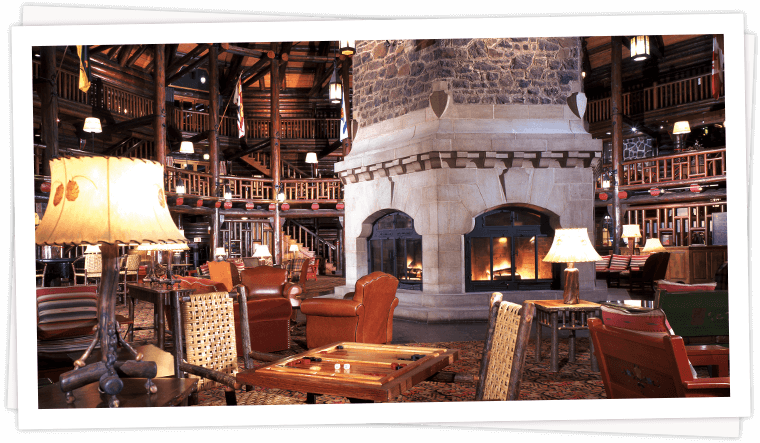 In the 1970’s Kenauk Nature (called Commandant Properties at the time) and Le Chateau Montebello opened their doors to the public for the first time. They quickly gained international prestige as prime luxury resorts, whose reputations for excellence and quality have grown steadily over time. 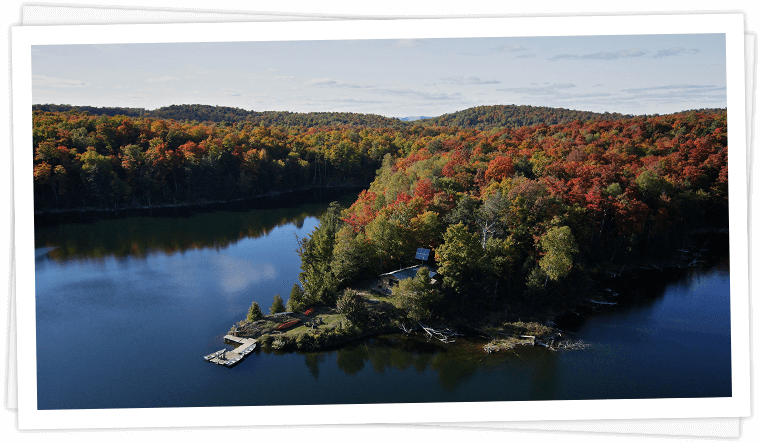 Together Kenauk Nature and Le Chateau Montebello have welcomed politicians, dignitaries and movie stars including:

Kenauk Nature is proud to be a partner with the Nature Conservancy of Canada whose reputation for protecting wild places is outstanding.

The Nature Conservancy of Canada is the nation’s leading not-for-profit, private land conservation organization, working to protect our most important natural areas and the species they sustain. Over the next few years, it will be exploring the variety of habitats found on the property to inventory the wide array of plants, birds and animals that reside here. We are excited at the prospect of learning more about the rare species that call Kenauk Nature their home and our guides look forward to the opportunity of sharing this information with our guests.

The word "kenauk" comes from "mukekenauk," the Algonquian word for turtle. The symbol for Kenauk Nature is the turtle, an amphibious animal that lives in water and on land: the elements of nature that are the basis of most activities here. The turtle is an important symbol in many cultures, including native folklore, representing earth, longevity, healing, perseverance, tranquility and stability, and always plays the role of friendly companion. Come and experience our unique property and activities. We look forward to welcoming you.